Exciting news!  Back in June, I received an email from the Art Department Coordinator for NBC’s television series Parenthood. She informed me that the set designer for the show had seen my artwork on Etsy and loved it.  They had picked out some of my bug pieces that they would like to purchase for use on the set and wanted to know if I would be willing to sign an artwork release.  Oh, and…could I get the prints to California in less than one week?!  Of course I said yes!

So for all you Parenthood fans out there (and Lisa Ward fans too, of course! :)), the season premiere of the show is tonight on NBC at 10pm.  Three of my pieces, Fire Bug, Rhino Beetle and Black Widow, will be hanging on the walls in Max’s room.  So keep your eyes peeled for the bugs! 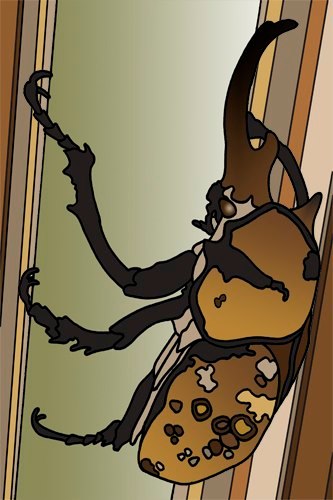 If you can’t watch tonight, TIVo it…or you can watch it each Thursday at 10pm on NBC 🙂 (update: Season 4 is on Tuesday nights at 10pm)

P.S. I have a new Facebook page.  Check it out, and if you see one of my bugs, let me know by writing on my wall!